Compaxo is a family owned business, with a history spanning back five generations. It was officially founded 1921, but the family had been inseparably associated with the butchery trade for much longer. In 1855, the first activities related to the preparation of meat products took place in the Gouda town center.

One of the founders followed in his father's footsteps, and much quicker than anticipated, his butcher shop had a fast-growing and above all loyal group of customers. Especially the production of ‘fijne vleeswaren’ (translated as ‘fine meat products') was very successful, the name referring to the way in which the meat was finely sliced and cut. The management at the time, which consisted of a mix of the second and third generation, saw in this the opportunity to begin production on a larger scale. What was at the time considered to be a modern factory was built on a riverbank in Gouda in 1952. Compaxo Fijne Vleeswaren B.V. is still based there to this day, and around 500 employees work here on a daily basis.

The more the factory grew, the more the founders began to understand the importance of high-quality raw material import. It was for this reason that in 1973 activities were started in an own slaughterhouse, under the name Compaxo Vlees B.V., in the municipality of Zevenaar in Gelderland. In 1982, a division was added in Zevenaar which focused on bacon production, which was primarily intended for export to Great Britain. The traditional family successions have led to a great deal of know-how and the passing down of traditions and experience on which today's company is based. Nowadays, the fourth and fifth generations are still entrepreneurially active within the company, taking a long-term view and focusing on tradition and quality. 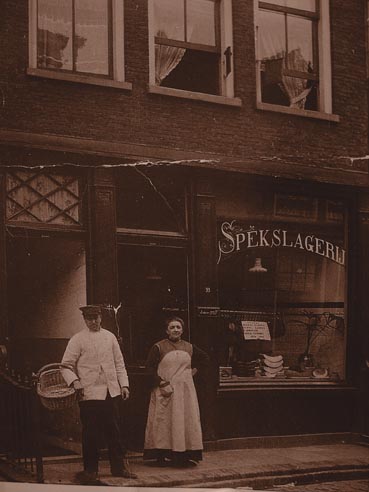 Out of the Gouda town center Compaxo started in a small butchery with the first activities in processing and preparing meat and meat products. The knowledge of the family product is being passed down since five generations...